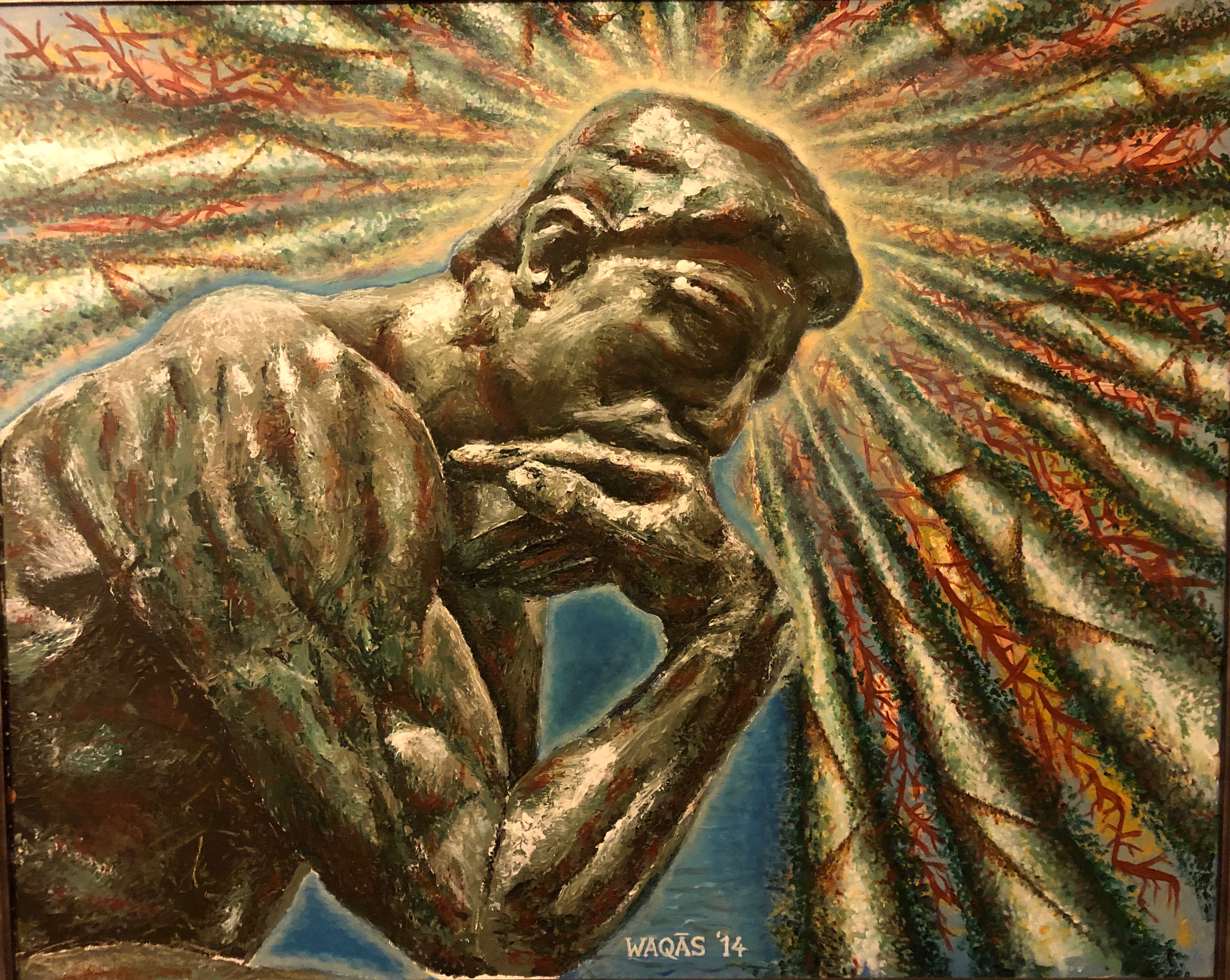 A Preface to The Polymath
By Waqās Ahmed

A mind that is stretched by new experiences can never go back to its old dimensions
– Oliver Wendell Holmes Sr.

My interest is in the pursuit of the optimal life. That is, in developing a mind and experiencing a life that is the richest it can be. So while this book proposes a new way of thinking, it also sets out a new way of being human, a new way of living – different from that which has been set out for you as ‘normal’ by forces that claim to know better. It calls for an extraction of the soul from the current paradigm, like an astral projection, and a visit to the realms of history and possibility. It must all begin by living the conscious, mindful life, by switching the mind on to think more often and more effectively – about the objects and their connections, the whole and the particular, the philosophical and the practical – so that you can become all you can be: the complete you.

I was not commissioned to write this. It was purely a personal intellectual odyssey until recently when I realised it became too important a thing not to share with the world. As such, work on it was woven between a range of experiences – physical, emotional, intellectual, spiritual and otherwise – each giving me a unique insight into the topic at hand.

After all, you are what you experience. Each and every thought, emotion and inflow of knowledge will either subtly or fundamentally impact your perspective on any given thing over time. This is not just intuitive speculation, but a neuroscientific fact. Your evolving nature manifests in your connectome – the complex, ever-changing circuitry unique to each brain. As such, I was both proactive and reactive in researching and writing this book. I didn’t ‘immerse’ myself in the subject, except for intermittent periods. Complete immersion would have risked the sort of narrow-minded specialization that this book ultimately seeks to challenge. Conscious of this, I allowed the knowledge from all other facets of my life over a five-year period to fuse, clash and connect with pre-existing material in my mind. Hence I remained open as to my approach, structure, content and conclusion, until the very end.

I saw the Butterfly Effect in action as each thought, idea or fact fundamentally altered the position and nature (or even existence) of previous ones. I came to understand the dynamic fluidity of ideas and opinions. I did not begin with a thesis and look to post-rationalise, as is the common method. Instead, from start to finish, this book was an exploratory adventure that, at any given point, revealed extraordinary – at times transformational – insights about the mind and the world.

The past five years have thus provided me with much more of ‘an education’ than my entire school-university life. It was during this period, in my late twenties, that I wrote most of this book. I was never unconscious of the immense responsibility that came with it being the first-ever book in the English language on the subject. The insights I include in these pages are thus from a wide range of experiential and intellectual sources; comprising the words of prophets, sages, scientists, historians, philosophers, artists, polymaths and – through scripture – God himself. Having a young, limited mind, I rely heavily on such wisdom – my endeavour was to curate, synthesise and communicate.

As they read through the book, some critics may be eager to identify my method of inquiry with something they’re familiar with so they ‘know where I’m coming from’ – is he a traditional postmodernist, or perhaps a Nietzschean perspectivist? Is he employing the philosophy of Daoist Zhuangzi or the Jainist Anekantavada? Is he from the school of Ibn Khaldun or Al Ghazali? The answer is simultaneously all of the above, and neither. Like postmodernism, my thought is not an easy beast to pin down, but unlike it, it acknowledges the possibility of Truth or Ultimate Reality and recognises the multiple ways of pursuing and experiencing it. In this way, I am not indirectly demeaning other cultures and worldviews by reducing them to mere mental constructs, as most postmodernists, orientalists and materialists do. Indeed if this book does anything of worth, it encourages people to see ideas (and indeed individuals) as hybrid, nuanced, multifaceted constructs in their own right rather than as automatic members of pre-existing categories.

“I was never unconscious of the immense responsibility that came with it being the first-ever book in the English language on the subject.”

For a true exploration of the topic, given its wondrous nuances, I knew it was as important to be a futurist as much as an historian, a mystic as much as a rationalist, a storyteller as much as a scholar, a doer as much as a thinker. I recruited whatever methods and tools I felt were necessary.

The raison d’etre of this book is as much the provocation of thought as it is a call to action. So I urge you, the reader, to immerse yourself in the world that the book seeks to create for you, to reflect seriously on its content, integrate it into your existing knowledge, assess its applicability and relevance to your own life, thereby storing it in the long-term memory, ready for use in future thinking. This is the process of internalisation, without which knowledge fails its most important role: to enrich the mind.

This book has certainly given me a blueprint for what little there may be left of my future. Anyone that knows me can see that I live my life according to the thinking and lifestyle outlined in these pages; my work in various fields have both influenced and been influenced by the process of writing it. But this is no longer about me. Of much greater importance is your readiness to commence your journey to self-actualisation. And if this book contributes even an atom’s weight to that preparation, then all the credit is God’s and only the shortcomings are my own.

I’m well aware that after publishing this book I may often come back to it a different man, with different insights, at various points of my life. If I were to revisit this book having learnt Mandarin, lived with a Samoan clan, studied zoology, learnt to play the lute and competed in a triathlon, I’m sure my insights would be different, if not more evolved. At the point at which I have significantly more to add or amend, I may look at revising this work, or building on its ideas in a separate volume – or perhaps someone better qualified will do me the honour.

The sheer complexity of this subject implies that its investigation must be an ongoing pursuit rather than a mission accomplished. As Leonardo da Vinci said: ‘art is never finished, only abandoned’. In the same vein – while by no means with the same authority, nor for a moment considering this a work of art – I’m letting this go for now.